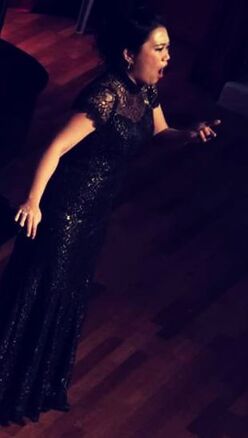 ​Mei Foong’s voice was described as mellow, dulcet and soothing to the listeners. A multiple awards and scholarships winner, she was trained at the National Taiwan Normal University under Prof. Ren Rong, Conservatorio di Musica Santa Cecilia under Maestro Rebecca Berg, and the University of Melbourne under Merlyn Quaife. She now holds a PhD from University Putra Malaysia.

An award winning soprano, she was a recipient of numerous academic scholarships during her study notably the "Melbourne International Fee Remission Scholarships" (MIFRS) and "Melbourne International Research Scholarships" (MIRS) when she pursued her studies in the University of Melbourne. Other notable awards include the first prize winner of NTNU Vocal Concerto Competition of year 2002; 2nd prize winner of the Taiwan Rotary Club Artists' Awards of year 2002; the 8th prize winner, as well as a young artist award of "Mondial Chinese Vocalists Concours 2003"; and "Silver Medal Winner Award- Outstanding Achievement" in the Global Music Award, Oct 2014; In 2018, she was bestowed with “Ordine della Stella D'Italia, l'onorificenza Cavaliere” (The Order of Star of Italy, with the conferment of Knighthood), a prestigious recognition by the Italian government of her outstanding contribution to programming and performing vocal arts in the regions; followed with the Golden Medal Award from the Berliner International Music Competition in Sep 2018; the Best Solo Performance (Vocal) award in the 16th Boh Cameron Arts Awards 2019, one of the most prestigious performing arts awards in Malaysia; and most recently she received the National Academics Awards (category of Performing Arts) by Ministry of Education Malaysia in which the award was presented by the Prime Minister Malaysia, Tun Dr. Mahathir, on 29 Oct 2019.
​

She has collaborated with a few major orchestras and ensembles in Malaysia, which include both the Malaysian Philharmonic Orchestra (MPO), and the Malaysian Philharmonic Youth Orchestra (MPYO), Kamerata String Ensemble and the Virama Ensemble. She has worked with the conductors such as Lee Kok Leong, David Chin, Juan Montoya, Kevin Field, Ciarán McAuley, Fabio Mechetti, Sergio La Stella, Guillaume Tourniaire and Naohisa Furusawa.

In 2013, Mei Foong made her Malaysia opera debut playing the title role in Bizet's opera Carmen with the EST opera company (now known as KL City Opera, KLCO), which had been received warmly at Kuala Lumpur, Malaysia. Her other theatrical performances included “the mother” in Menotti’s Amahl and the Night Visitors with KLCO in 2014, and both the roles “Carmen” and “Mercedes” in Bizet’s Carmen with MPO in 2015; In 2016, she performed with KLCO as Mimì in Puccini’s La bohème with KLCO in Aug 2016; The First Lady in Mozart's Die Zauberflöte with MPO in Jan 2017, and the Contessa in Mozart’s Le Nozze di Figaro with KLCO in Oct 2017; and most recently Violetta Valéry in Verdi's La Traviata with KLCO 2019.

While enjoying her busy performance career, she is also an active researcher in the field of voice rehabilitation, specifically for patients with chronic diseases. Her present research work looks into the effects of singing on people with Parkinson’s Disease. She was also a columnist in the local Chinese press, Sin Chew Daily.


Reviews:
“Encore by The Canticle Singer, 2015” - “The Violetta Mei Foong portrayed was excellent. Her voice was beautiful and powerful, she has brought Violetta to life, and had transported the audiences into the emotional axis of the opera.” ~ Richard Chua, Sin Chew Daily. (originally written in Chinese) 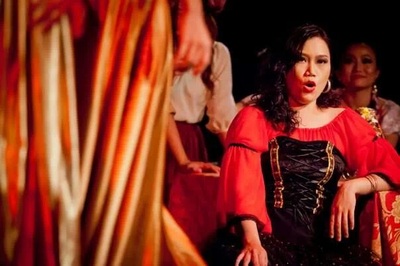 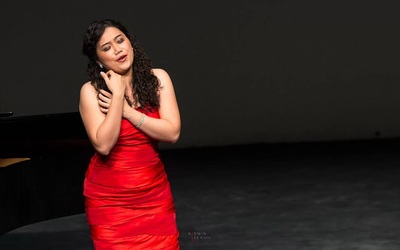 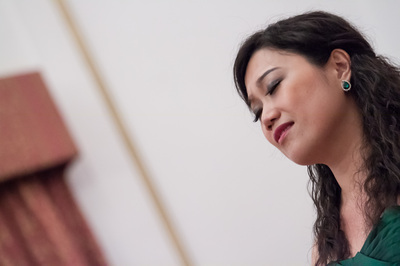 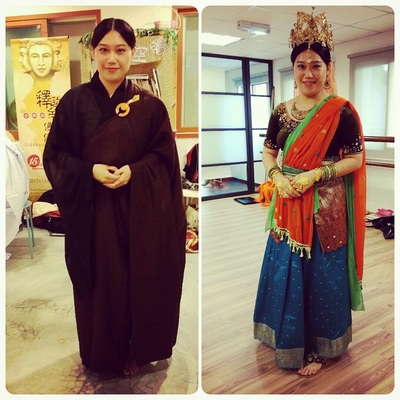 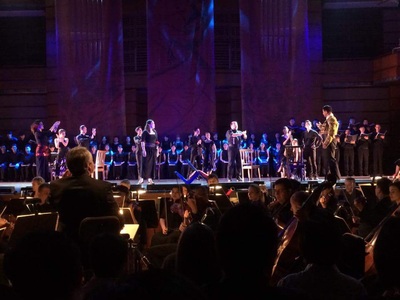 "Ang Mei Foong's voice is simply powerful, incredible and mind blowing. Everyone was mesmerized by her voice... She is a true inspiration."
Alice Lee Myles, "Amahl and the Night Visitors", 2014

"Ang Mei Foong, a Lirico soprano, delivered euphonious melodies with lovely poignant qualities which were mellow, dulcet and soothing to the listener. Her rendition of "Tacea la notte" from Verdi's "Il Trovatore" was well controlled and even though sung in Italian immediately conveyed the mood of the aria through her heartfelt interpretation."
Phillip Chai, 2016

"​KLCO's production of La bohème tonight 27 August 2016 featuring Mei Foong Ang as Mimi was a showcase for Mei Foong's beautiful lyrico soprano voice. Her "Mi chiamano Mimi“ was dramatic and made and electrifying impact. Her voice was silky and had a beautiful timbre in most parts of the performance. Not only that, her performance established firmly that Mei Foong is not just a singer but an opera performer as well. Bravissimo for a superb performance!!"